It's all about capturing the light !

From transparent subtle layers to the powerful play of intense pigments, there is so much possible with watercolor paint! Contrast and atmosphere play an important role in all my work. A sun-drenched cityscape, patches of mist in the delicate morning light above the meadows or a vase of flowers that casts long shadows on the table. I am touched by something and I try to capture that feeling.

Since 1985 she has regularly held solo exhibitions in the Netherlands and since then she has participated more than 70 times in group exhibitions around the world.

For the last 4 years she has a contract with a curator in China to participate in renowned exhibitions in major galleries in China.

Hannie Rieuwerts' work has been purchased over the years by art lovers and collectors from all over the world.

In 2015, one of her works was included in the permanent collection of the Watercolor Museum in Fabriano in Italy.

In 2017, Museum Thijnhof in Coevorden purchased one of her works.

In 2018, 2 of her works were included in the permanent collection of the World Watercolor Museum in Zhuji in China.

Chairman and founder of IWS Holland since 2015

Board member of IWS Globe, the International Watercolor Society with more than 100 member countries worldwide

Since 2014, leader of the Dutch delegation in Fabriano where artists from all over the world come together and exhibit at the annual watercolor festival

At Kunsthandel Catch in Utrecht, a large number of cityscapes of Utrecht are for sale as giclée (signed art print)

Prizes and Awards since 2013

In 2013, Royal Talens depicted an image of Hannie Rieuwerts for 1 of her works on the watercolor sets in honor of the “It’s Me” campaign in the van Gogh year. The sets were sold in more than 60 countries worldwide.

Since 2013 included in the annual Watercolor guide of the International Watercolor Society in which the best watercolorists worldwide show their work.

In 2018 she won a Hardship Award in Pakistan and an Appreciation Award in Prague.

In 2019 she won an Honors Award in Tirana, Albania during an exhibition in the National Museum. 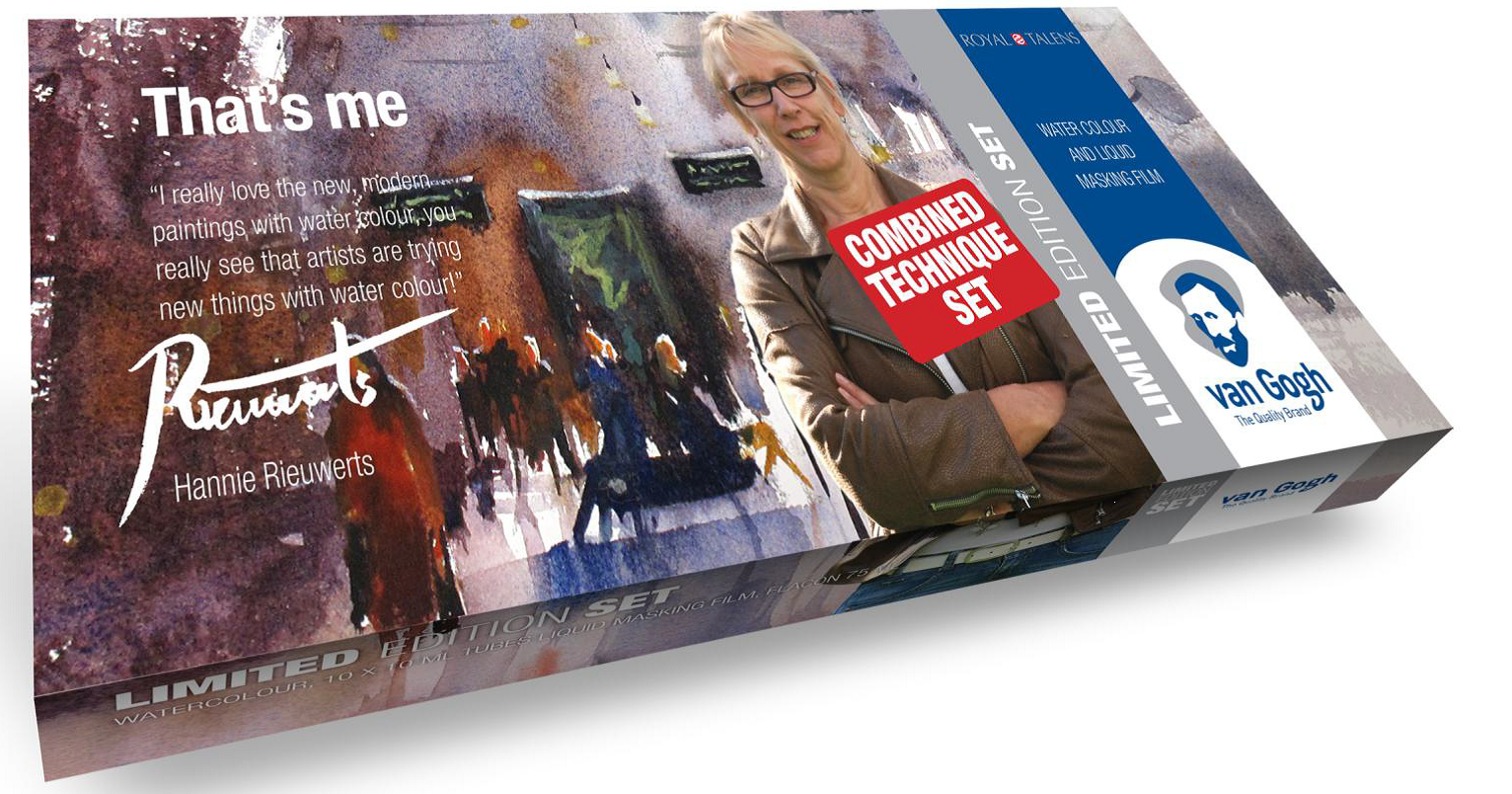